Chiropractic is a straight-forward method of adjusting the bones of your body to maintain the correct alignment of the spine.

Patients report a wide range of improvements. These include relief from mechanical neck and shoulder problems, which are affected by the nerves coming from the top of the spine, to relief from lower back pain which is relieved by adjustments to the lower spine.

Chiropractic is a straight-forward method of adjusting the bones of your body to maintain the correct alignment of your spine and to ensure that your body’s nerve supply works efficiently. Through these subtle adjustments, chiropractic treatment can relieve pain and discomfort, increase mobility and provide a route to better health.

Chiropractors use only their hands to make adjustments to the bones of your body. The key to the success of adjustments is in the speed, dexterity and accuracy with which they are performed.

Your chiropractor will first take a full case history regarding your general health background as well as details of your symptoms. This will help in assessing and analysing your particular problem. They will then thoroughly examine all the joints in your body and make the appropriate adjustments where necessary. Chiropractors have a very finely tuned sense of touch developed in their four years of training, which enables them to feel for misalignments of the vertebrae and bones. Upon feeling a problem your chiropractor will use one of a number of techniques to adjust the bone. If your chiropractor discovers or suspects a problem which requires medical intervention or an x-ray, they will refer you to your G.P.

Chiropractic is a method of treatment based on manipulating the spine and other joints. It takes it’s name from the Greek words kheir meaning “hand” and praktikos meaning “done by”.

It is based on the idea that the body’s wellbeing is dependent on the nervous system and spinal cord. Like a telephone network, your spinal cord delivers messages from your brain to your body through the nervous system. The vertebrae-the bones of your body- provide protection for this vital part of your body. As you go through life, a loss of proper movement in the vertebrae, which some chiropractors call a subluxation, may interfere with the healthy working of your spine and the nerves that run through it. This may affect your body’s natural ability to recover from injury and you may find yourself increasingly unwell and unable to shake off apparently minor aches, pains and even some illnesses.

Since June 2001, all chiropractors have by law to be registered with the General Chiropractic Council (GCC). It is now illegal to set up in practice as a chiropractor without such registration. The GCC guarantees to the public that practitioners have completed at least a 4-year course at an accredited chiropractic college.

Are there different styles ?

The two main styles are Classical chiropractic which is strongly rooted in the practice of Daniel Palmer, the founder of chiropractic, and a later version, founded by John McTimoney in 1972. The two are very similar, but McTimoney chiropractic involves a gentler approach and greater reliance on using swift, light hand movements.

What’s the difference between a chiropractor and an osteopath ?

It’s a question of how they handle your bones….

There are more silmilarities than differences between osteopathy and chiropractic. The differences can be subtle and many practitioners use the same techniques.

The main difference is that chiropractors tend to work mainly on the spine, using manipulation, while osteopaths work across the whole body, tending to place more emphasis on soft tissues and stretching joints. However, each osteopath and chiropractor has their own unique style.

It is easier to understand if you realised how these kissing cousins of complementary therapy grew up. In the late 1800’s. Dr Andrew Taylor-Still, the founder of osteopathy, and Daniel David Palmer, the founder of chiropractic established their therapies in Kirksville and Davenport respectively. The birth of osteopathy in 1871 and chiropractic in 1874 were separated by only three years and 100 miles.

Both found their inspiration in the practice of bone-setting which had flourished in Europe for centuries. Although bonesetters were either self -taught or learned by apprenticeship, their value was acknowledged by physicians and surgeons. Bonesetters advocated the swift manipulative treatment and rapid rehabilitation. Both Andrew Taylor-Still and Daniel Palmer developed these ideas.

The theory of joint displacements, mainly emanating from the spine, became known as osteopathic lesion and chiropractic subluxation respectively.

In Britain, osteopathy and chiropractic developed alongside each other, but while chiropractic stayed close to its American parent organisation, osteopathy drifted away from its roots. However, that does not mean that the two disciplines have travelled far apart in the U.K. Infact, over the years, osteopaths and chiropractors have pinched one anothers techniques.

Ask an osteopath or chiropractor about which one to see, and many will say the best thing to do is find a practitioner who works well with you. If you are happy with a particular person then stick with them, as long as they are registered with either the GOsC or GCC – a legal requirement. 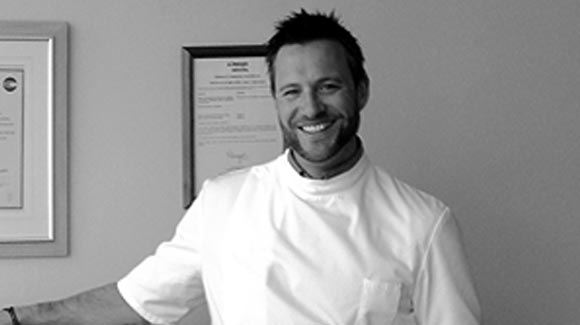